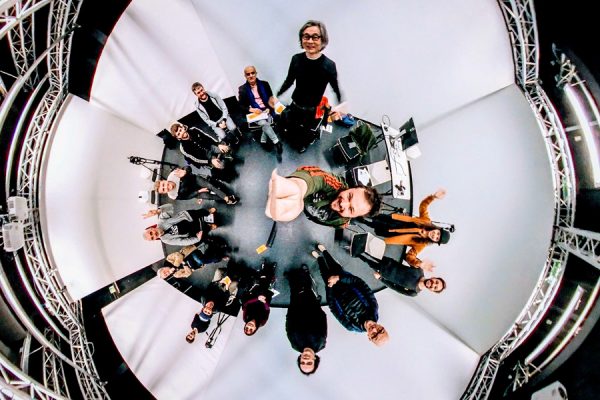 Atau Tanaka conducts research in embodied musical interaction. He is Professor of Media Computing at Goldsmiths and CTO of Clicmobile. His work has been supported by the European Research Council, Horizon2020 and Research Council UK. Blanca Regina is an artist, curator and tutor. Her practice is heterogeneous and looks at cinema performance, installation art, spontaneous music and book arts. Her work has been supported by Arts Council England, Sound & Music, BMC. Pierre Tardif is a creative technologist and sound designer.