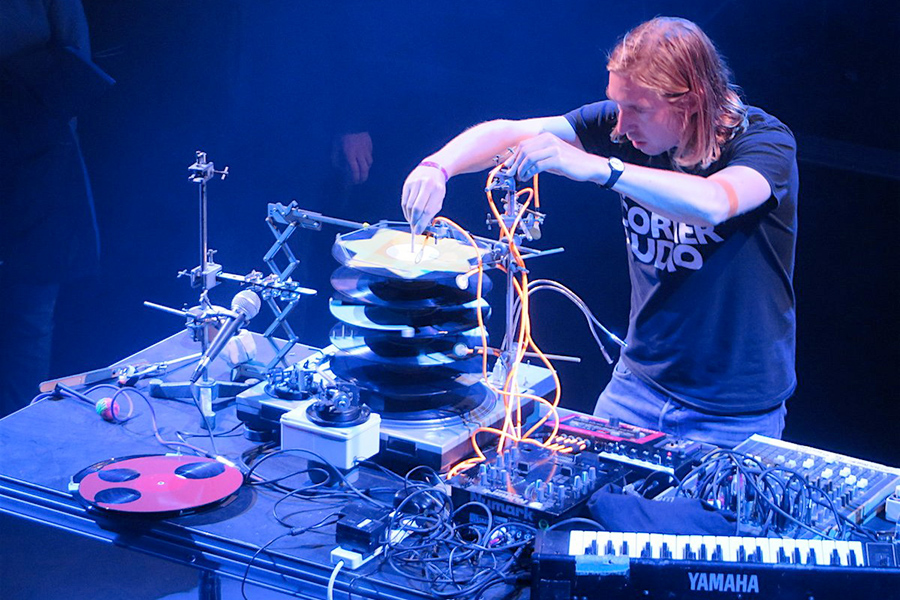 Dunning’s ‘Mechanical Techno’ project is live electronic dance music created right before your eyes. As the mechanism holding everything spins, rattles and knocks while you watch, looking a little like a musical engineer building a musical robot, the project quite literally revolves around intense physical looping, layered records, triggered percussion, locked grooves and much much more, all held together on a single axle powered by a turntable! 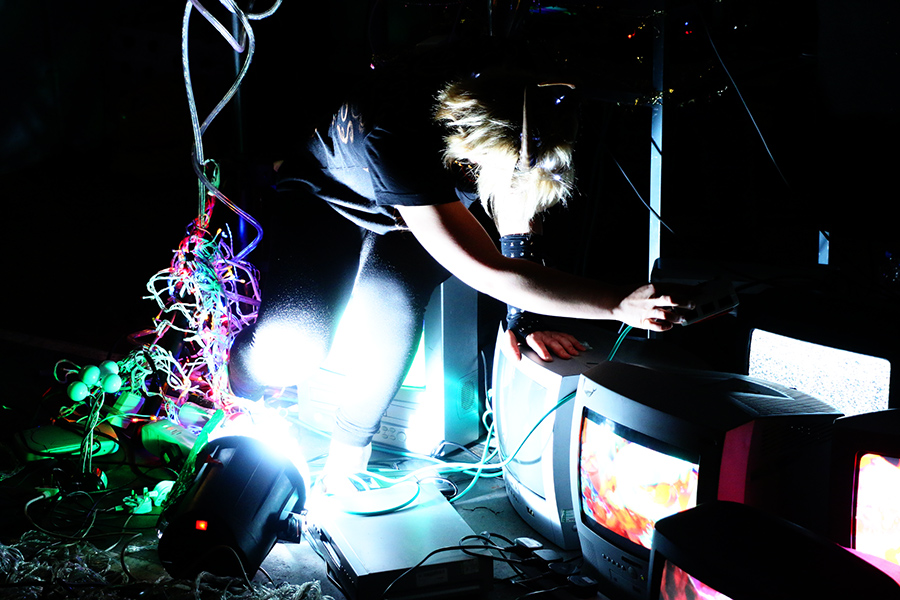 Mixed media project Harmergeddon have been playing live since 2010, both in the UK and abroad, particularly in the sound art, ambient and improvised noise scenes. Their current live show blends sound, lighting and performance art in a feedback loop using photophonics (sound carried on light beams), electro-magnetic fields and consumer electronic junk, all formed on a basis of improvisation and psychedelia; the result verges on intense spectacle or even sensory overload. The duo are currently finishing work on their forthcoming AV release ‘Heat Lightning’ which will see a digital release and in true old school style, a limited ‘VHS with hand painted booklet’. 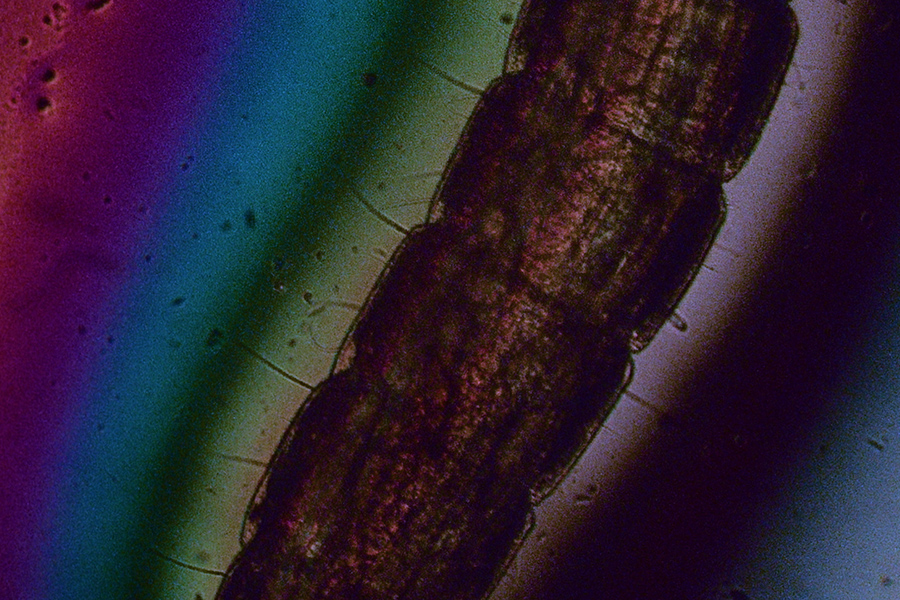 A Creak In Time is a 27-minute meditation on the ever-expanding fractal universe with recurring themes of transformation and altered perception, switching scale from microscopic topography to the vast distances of the cosmos. Presented in two parts, the first exploring the macro; the nature of physicality and formation on a celestial level, with the latter concerning the micro; the world unseen, thriving with lifeforms, continuously expanding and in complete symbiosis. The soundtrack by Howlround has been composed entirely of creaking objects and manipulated on magnetic tape machines. 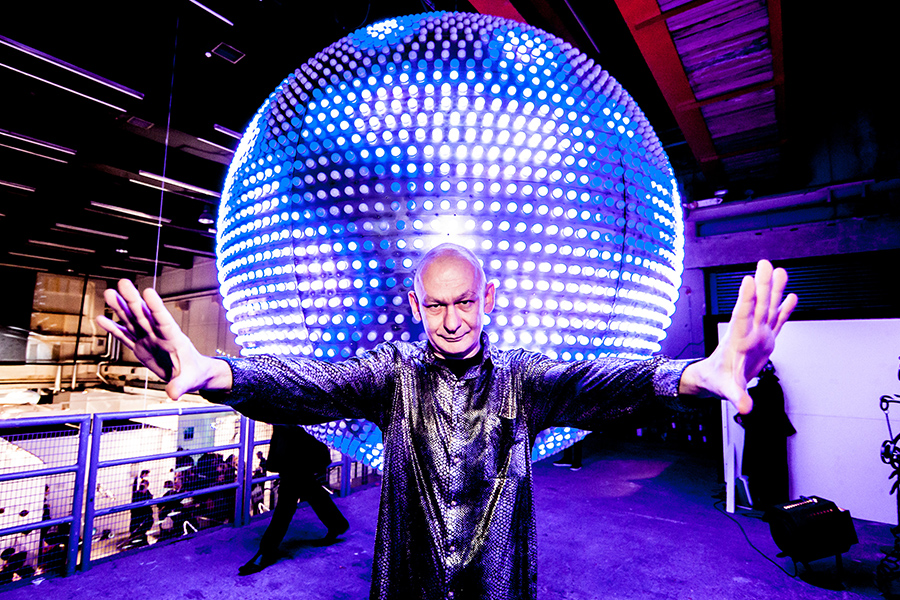 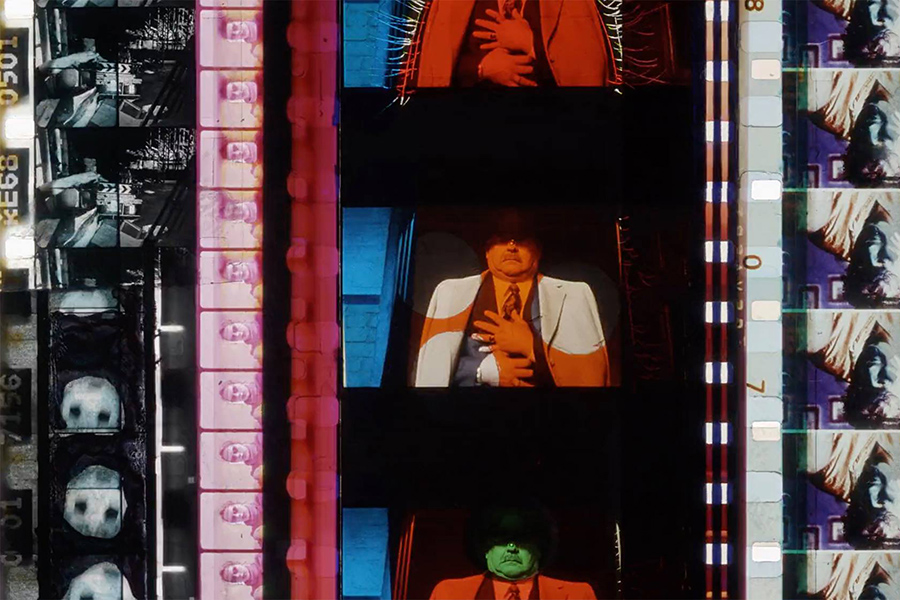 ‘Films to Break Projectors’ glues, scrapes and splices 35mm, 16mm and 8mm film to create unprojectable celluloid collages. Reanimating the material reveals the colour music within and traces of ambiguous narratives that emerge from the complex loops. 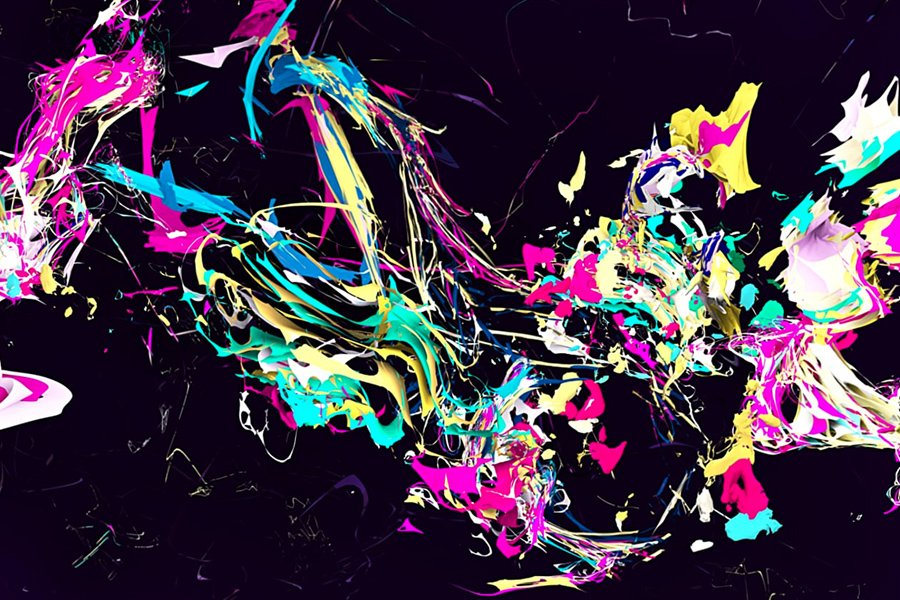 The nine virtual sculptures underlying vitreous resulted from experimental setups by Robert Seidel for generating three-dimensional clusters of fibrous refractions, as well as the gravitational lensing of different volumetric and chromatic densities. 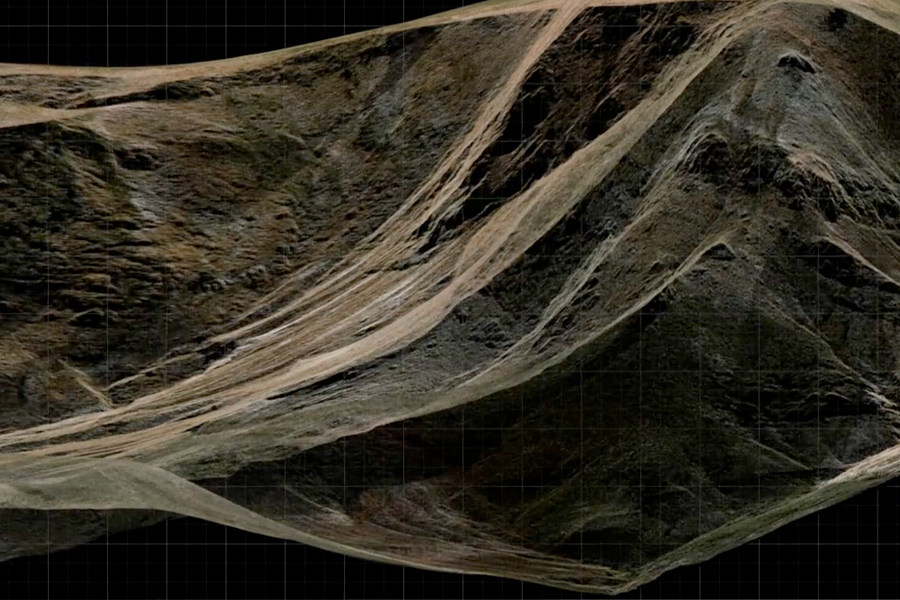 This film explores the geological self similar formations of Earth and the frenetic Hyper-development attained by humankind. It reflects upon the alienation from nature and the resulting break of the harmoneous balance of life, carried out by the current Global Crisis. It questions the act of perceiving, the notion of ‘reality’ and its biased interpretation by mixing CGI techniques and real footage. The video blurs the distinction between reality and a digital recreation of it. 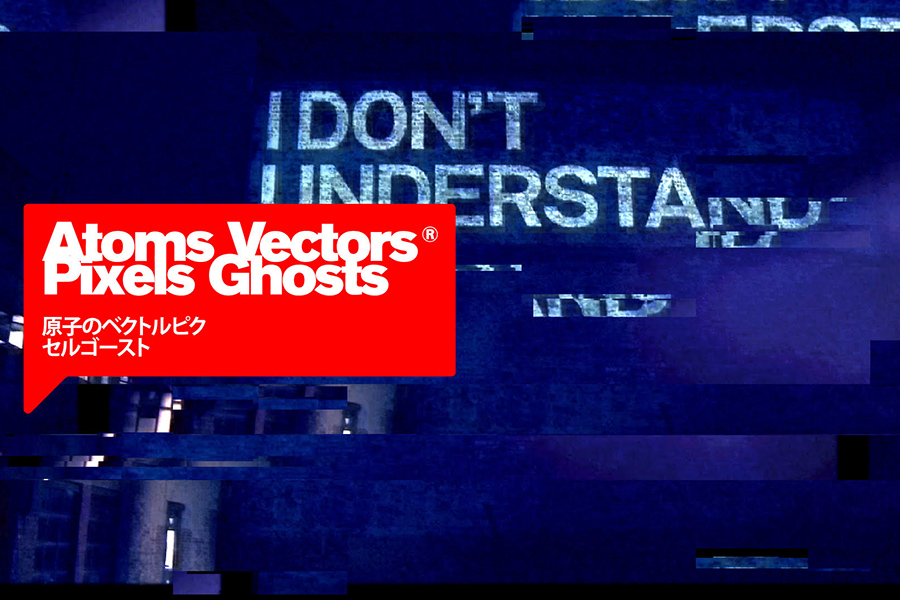 From Punk to Pop, the Designers Republic™ (tDR™) changed the established rules of design, creating some of the most iconic and recognizable logos, album covers and images of the last 30 years. tDR™’s the company that every aspiring graphic designer one day dreams of working for. With conceptual ideas and free form creativity taking center stage, This is a film about a design and cultural phenomenon; an observational study of tDR™ and its continued global influence over the 25 years since its conception. Its an opportunity to see past the shiny polished exterior of a successful design agency. tDR™ is a world-player, albeit on an “indie” scale, and has a vast network of friends, fans and collaborators. Through interviews with previous employees, industry professionals, clients from world-renowned corporations and with a local and international network of fans and aficionados, the film will reveal the myth, reality and ethos of tDR™. Directed by Jonothon Lees and Produced by Nicola Paton. 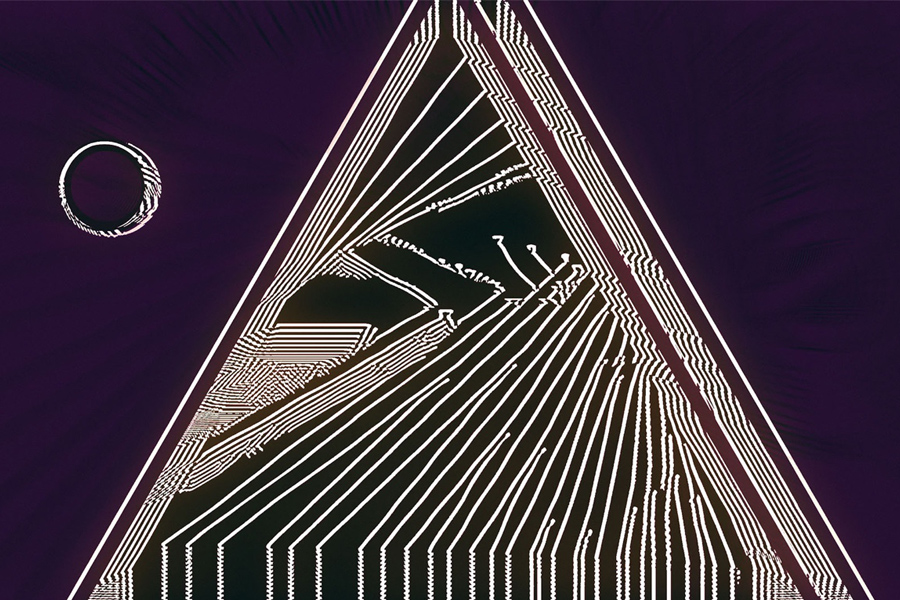 Relentless Melt presents a selection of sound and music-driven videos, curated by Max Hattler, created by moving image artists from the School of Creative Media at City University of Hong Kong. Spanning different techniques and materials, these works are united in their approach to abstraction, synaesthetic experience and visual music. The screening includes official music videos for Julien Mier, veteran English electronica duo Isan, and long-time Max Hattler collaborator Jean-Gabriel Becker aka Lux Prima, who will also introduce the screening.

Relentless Melt is a new Hong Kong-based society for the appreciation, production and dissemination of abstract and experimental moving images.